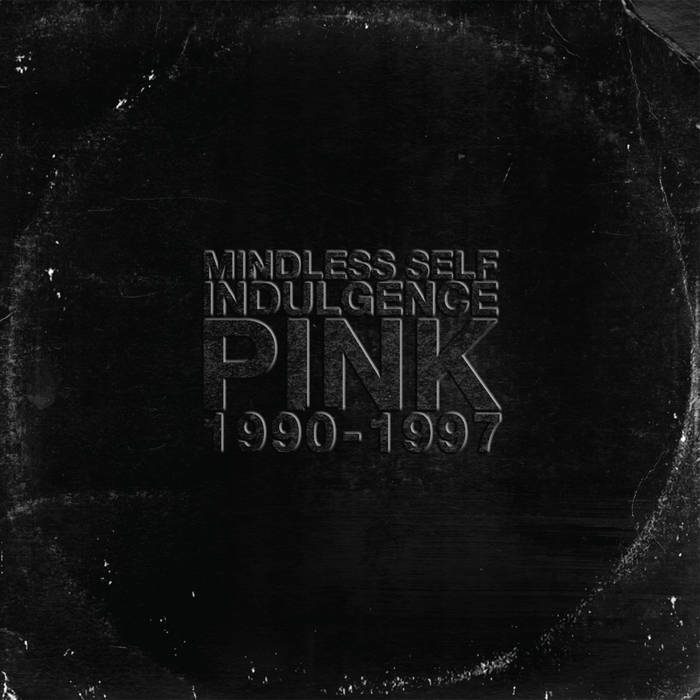 MyNameIsRedundant If not for this record, I probably would have slept on msi.
There are so many melodies on here that I can't help but jam.
Hearing some elements that didnt carry over to the later records is super interesting, notably the slower elements, most exemplified on bed of roses and do unto others pt2.
Despite being written in the early 90s, it only sounds like the 90s in its influences, everything else sounds pretty fresh.

Sabastian West This is exactly what i wanted

Z I FUCKING LOVE PINK ! 19 TRACKS OF LOVING YOURSELF AND NOT GIVING A SHIT . ALL THINGS I LOVE ABOUT MINDLESS SELF INDULGENCE . Favorite track: For The Love Of God.

Peter Vassiliadis This music is bangin and as shit as I sound, I always want more and never want MSI to stop working lol. Great work and effort guys. I appreciate your insanity and quality always.

THE MINDLESS SELF INDULGENCE HISTORICAL SOCIETY PRESENTS:
"PINK "
THE NEVER BEFORE RELEASED LOST RECORD BY MINDLESS SELF INDULGENCE !!!
BEFORE THERE WAS REBEL
BEFORE THERE WAS FRANKENSTEIN GIRLS
BEFORE THERE WAS TIGHT
THERE WAS PINK !! THE PREQUEL TO IT ALL
WRITTEN BY LITTLE JIMMY URINE IN HIS 20S AND PRODUCED BY LITTLE JIMMY URINE IN HIS 40S
THIS RETRO 1990S ALBUM IS THE LOST PUZZLE PIECE IN THE FORMATION OF THE UNIQUE MSI SOUND THAT WOULD EVENTUALLY PISS OFF MILLIONS OF PEOPLE.
PINK IS 19 TRACKS INCLUDING 15 NEVER BEFORE HEARD MSI SONGS/ TRACKS OFF THE SELFTITLED EP /HIDDEN SONGS /AN AUDIO DIARY FROM 22 YR OLD JIMMY URINE /A PICTURE ANATOMY OF WHAT YOU NEED TO MAKE A MINDLESS SONG /AND FINALLY AFTER 20 YEARS THE REVEAL OF THE ORIGIN OF THE NAME OF THE BAND !
"PINK" THE LOST RECORD YOU BEGGED FOR IS NOW THE REALITY YOU WILL REGRET